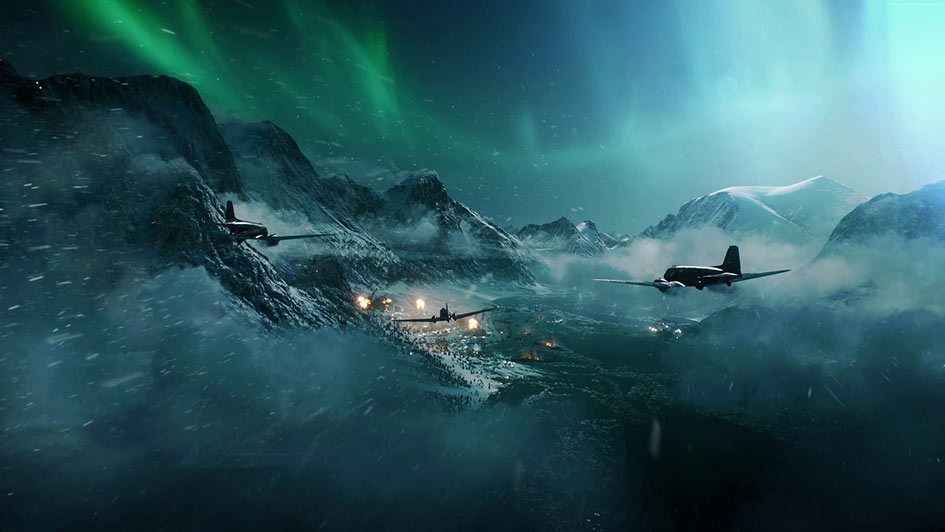 In Battlefield V there are a few more modes for you to choose from. This topic is all about the new Battlefield V multiplayer modes.

Battlefield V Grand Operations
Grand Operations is our upgraded version of Operations in Battlefield™ 1 – but now much greater than the sum of its parts. This modular experience takes players across fictional in-operation “days,” where each day is represented by a round played on a combination of a map and mode that brings the narrative to life. The actions you, your squad, and your team take on day one will have a direct impact on the narrative and gameplay start of day two, which in result will impact day three, and so on.

Play well on the first day and deploy with an adequate supply of ammo or vehicles when the map shifts, for example. Do poorly, and you’ll deploy the next day with perhaps fewer respawns, vehicles, or other resources.

Another important change is how each play session ensures all players get to play all featured locations – no more getting stopped by an overwhelming defense on that first point. Most Grand Operations in Battlefield V consist of three in-operation days – about an hour of total game time – but some may last longer if the score is close.

Battlefield V Airborne
Battlefield V is all about World War 2 as you’ve never seen it before. While we’ve set out to deliver just that, we’ve also preserved iconic WW2 experiences, such as parachuting on to the battlefield through a barrage of flak fire to spearhead an invasion.

Airborne centers around a group of artillery cannons that the attacking team will try to destroy, while the defenders try to prevent this from happening. The attackers enter the action from waves of airplanes, and each attacker decides when and where to eject. Once your boots hit the ground, work with your squad to locate bombs and destroy enemy defenses. Playing the objective can determine the success of the invasion.

If defending, you’ll enter the map at the artillery cannons that are not yet destroyed. Plot your best build through clever placement of towable weapons, fortifications, or anti-air guns. Adapt and overcome – if you succeed, the enemy’s element of surprise will be lost, and their next day will be much harder.

Battlefield V Final Stand
Your successes and failures in Grand Operations determine the appearance of Final Stand. If the two factions are evenly-matched, you’ll find yourself in this nail-biting, tie-breaking mode to determine the winner.

In Final Stand, players will not be able to respawn, so the heat is most definitely on. A team will lose when all its players are wiped. The amount of ammo – if any – will be determined by the previous in-game day’s events.

With ammo and health almost depleted, your objective is clear: fight to the bitter end. No one walks away until the fight is settled, so leave it all on the battlefield.

Stand-alone Multiplayer Modes
We here at DICE know that the most immersive Battlefield yet – with improved movement, more interactive environments, and a new Fortifications system – requires a bevy of fun modes for you to play in.

Battlefield V multiplayer is your place to harness the frontlines of World War 2 in a multitude of previously unseen and innovative ways. We are giving players a mix of eight new and classic modes available at launch, where you can adapt, evolve, and make use of the battlefield to benefit your team.

Fight for key locations on a massive map where you and your team will come closer to victory when you control the majority of the flags. Build defenses and solidify your frontlines using the recently-unveiled Fortifications system, towable weaponry, and Squad Reinforcements.

Veterans of Battlefield will recognize the more classic ruleset and approach to the innards of how Conquest works this time – including some Conquest Assault variants.

Battlefield V Breakthrough
In Breakthrough, the map is divided into several sectors, all owned by the defending team at start of match. If you’re on the attacking team, your goal is to take the sectors one by one in a sequential order, which is done by controlling all the sector’s available capture points. Battlefield 1 players will recognize Breakthrough from Operations, where it was the sole game mode.

Each engagement in Breakthrough is a frantic fight to capture sectors as an attacker and, for the defense, on-the-fly planning to keep the opposition at bay. Keep in mind, forcing a retreat in Battlefield V involves overcoming fortified positions from the defensive side, adding a layer of strategy on both ends.

Battlefield V Frontlines
The tug-of-war combat of Frontlines can be described as a mix of Conquest, Rush, and Battlefield™ 4’s Obliteration mode.

In Frontlines, both teams fight for control over one flag objective at a time, unlocking the next one to push the frontline towards the enemy base. Conquering the last flag opens the enemy base, and their Strategic Objectives become vulnerable to planted explosives – a new addition in Frontlines for Battlefield V.

Battlefield V Domination
Less is more in Domination mode, a Battlefield must. But this infantry-focused, scaled-down version of Conquest has just as much action as its big brother. In Domination, the two teams fight over ownership of multiple objectives. Owning at least half of these flags will cause the enemy team to start losing respawns. Control more than half, and your enemy team will bleed respawns even faster. As you take on these close-quarter engagements, you’ll find there’s no better place to test the composition and chemistry of your Company.

Battlefield V Team Deathmatch
Battlefield whittled down to its combat core. Team Deathmatch is fast-paced infantry warfare where squad cohesion is more important than ever. Inflict the most causalities out of the two infantry teams, and the day is yours. 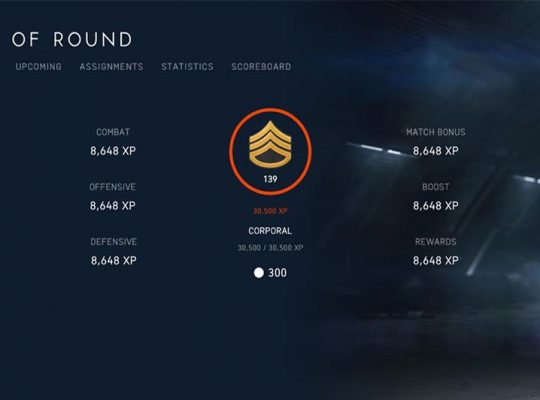 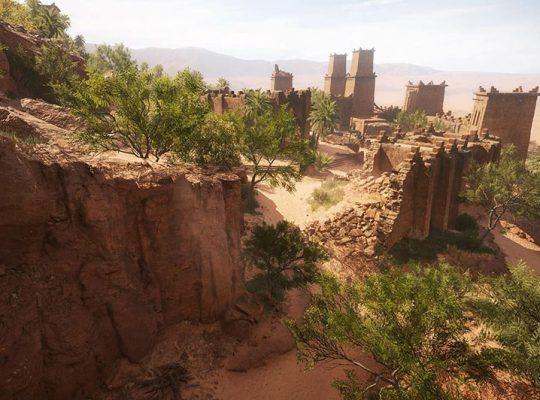 The Future of Battlefield 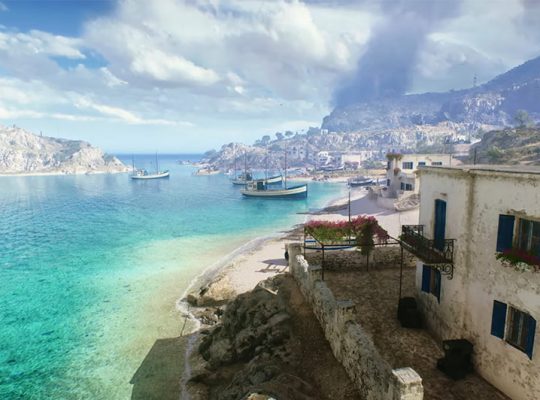 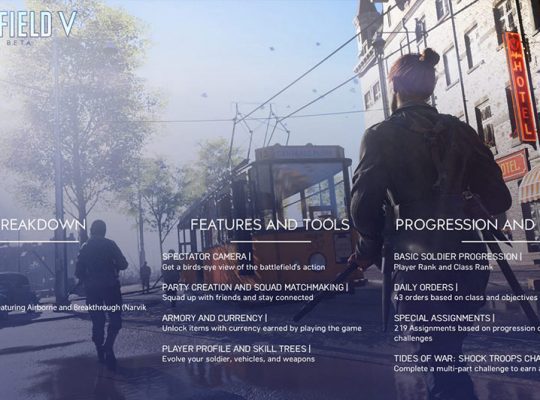 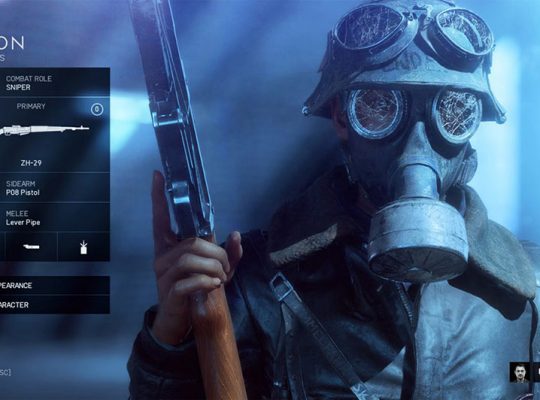 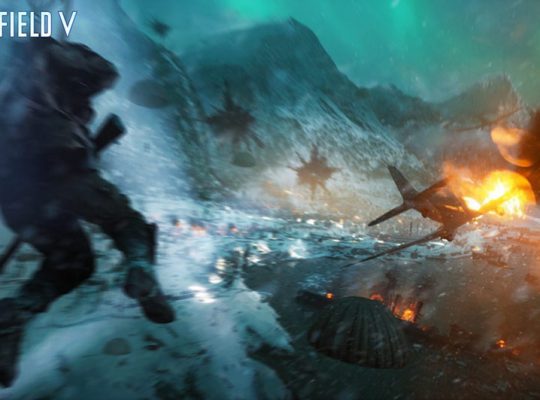 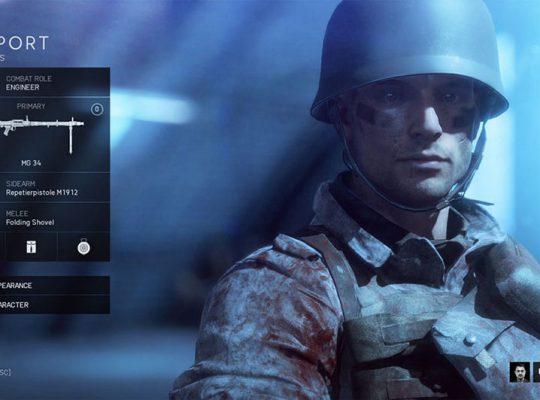 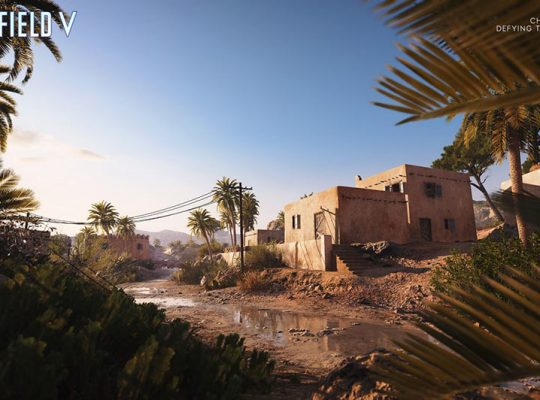 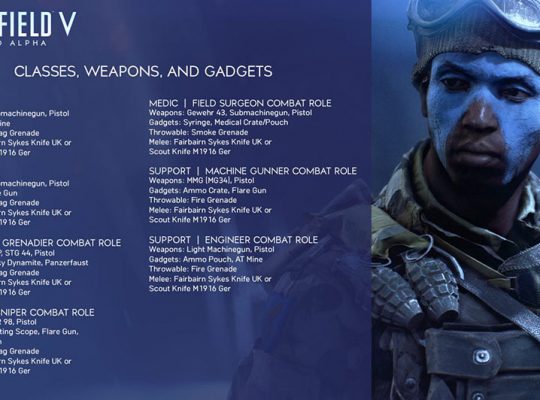 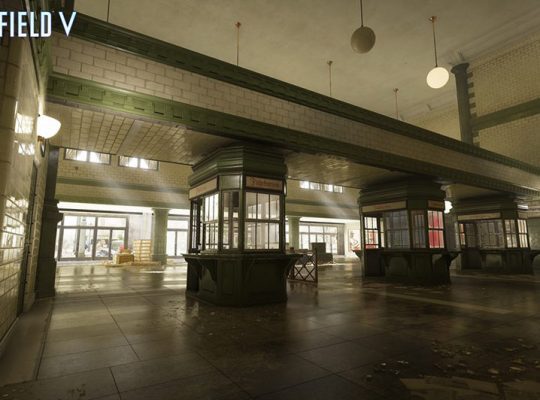