The new Community’s Most Wanted is where Visceral Games will outline some of the fixes and improvements they are making to Battlefield Hardline based on feedback they have received during the beta and what there hearing from you.

It’s been about a week since the Battlefield Hardline beta has come to a close, and as Steve said last week we want to thank everyone who took part. Even though the beta was just a small taste of the complete package we plan to deliver with Hardline, the amount of feedback we got from players around the world has been incredible and will help ensure we make Hardline a better game when it launches this October.

That’s why we’re happy to introduce you to the CMW – the Community’s Most Wanted. This is where we will outline some of the fixes and improvements we are making to Battlefield Hardline based on feedback we received during the beta and what we-re hearing from you. Yes, we are listening!

Below are just a few things from the beta that we’ve learned and the changes we’ve already put into the game we play every day here. 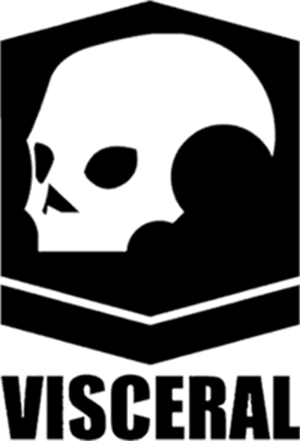 1. MOVEMENT:
There was a lot of feedback about slow movement speed and feeling “sluggish”. We’ve increased player speed by 10%, and players will get a +10% bonus for running with your pistol out. It feels much faster now!

2. SUPPRESSION:
There were a lot of negative comments about the camera “bounce” when suppressed. We’ve changed the way suppression works – your aimpoint is no longer affected, but your situational awareness is.

3. SURVIVALIST:
We’ve heard both sides of the argument on the Survivalist gadget, it is pretty polarizing. Some of you hate it, some of you love it – either way, we agree it was overpowered. We’ve changed it to revive you at 1 health and auto-inject after 5 seconds.

4. HIGH TENSION – CRANE CAMERA SHAKE:
A number of people called out the camera shake from this event as being too over the top. We’re tuning this down.

5. HIGH TENSION – STAIRS IN HIGH TENSION BUG:
Stairs in High Tension should no longer pull players into the wall.

6. ELEVATED OBJECTIVES:
We’ve added some feedback to help you find the objective when it’s above or below you.

7. SPECIAL VEHICLES:
We’re working on adding more special drivable vehicles like the Fuel Truck into all maps. We’re also working on a handbrake for cars.

8. STUCK VEHICLES:
We’re working on the ability to “nudge” vehicles with a melee attack to help get them unstuck or to be able to move past them. No promises, but the early prototype looks promising!

9. HEAVY VEHICLE DAMAGE:
We’ve added “weak spots” in the rear of the heavily armored vehicles, making it much easier to bring them down!

10. VEHICLE OCCUPANT LIST:
We’re working on adding the Bag Carrier icon to the list of teammates inside your vehicle, so that you can tell when the bag carrier gets in your vehicle.

This dialogue doesn’t end with the beta. We plan on continuing this from now until launch – and beyond. So come back to the site to check in and see the latest CMW lists and to voice your opinion. We will be revealing a ton of new multiplayer details including new maps, new modes, gadgets and our single player campaign – we want to hear your feedback!

Well here comes the Battlefield 2042 4.1 Update.. Yes another update.. When are they going to realise this game is not fixable no matter how many updates they release as the game itself is garbage! The thing that is bugging us most right now is on Twitter, there …

There are a couple of Battlefield 2042 map changes on the way. The first are Kaleidoscope and Renewal, the changes will focus on Traversal, Cover and Line of Sight, Intensity and Paths. Below is some official information on the Battlefield 2042 Map Changes that a…

The Battlefield 2042 Update 0.3.3 for March has now arrived but we are unclear about who really cares anymore? From the beginning this game has been a total disaster and EA have finally killed most of the Battlefield Community off! Is this franchise going down th…