Hi Lars, the Battlefield 1 booth at this year’s gamescom is pretty amazing, how would you describe the experience for fans that are unable to attend this year?
Oooh, how would i describe it? It’s a sea of Battlefield fans. I’ve just come from the main central stage where I was talking about Battlefield 1 and it was amazing to be out there. We have two double setups of 64 players, one setup is Conquest on the St. Quentin Scar, and on the other side, we have 64 players playing Conquest on Sinai Desert – a new map that we brought to gamescom. The Battlefield 1 queues are very long, the fans are super happy, very friendly and extremely patient. So I’m really pleased to see them all there.

What’s it like seeing so many fans really excited about getting hands-on with Battlefield 1?
I love meeting the players and see how they react on the game. We always want to push the boundaries of Battlefield and it’s always energizing to be able to show them what we built and share the passion. Their response makes me constantly want to push harder and evolve Battlefield even further.

Sinai Desert is available for hands-on at gamescom, what do players get to experience on this map?
Sinai Desert is one of the maps taking place in the deserts of Arabia. With up to 64 players in Conquest, this map provides a wide range of gameplay opportunities for both vehicles and close quarter combat. Players will also get to experience intuitive destruction and dynamic weather where the sandstorm has caught a lot of attention as it really changes how you play. This map will also be in the Open Beta that is coming on August 31th. 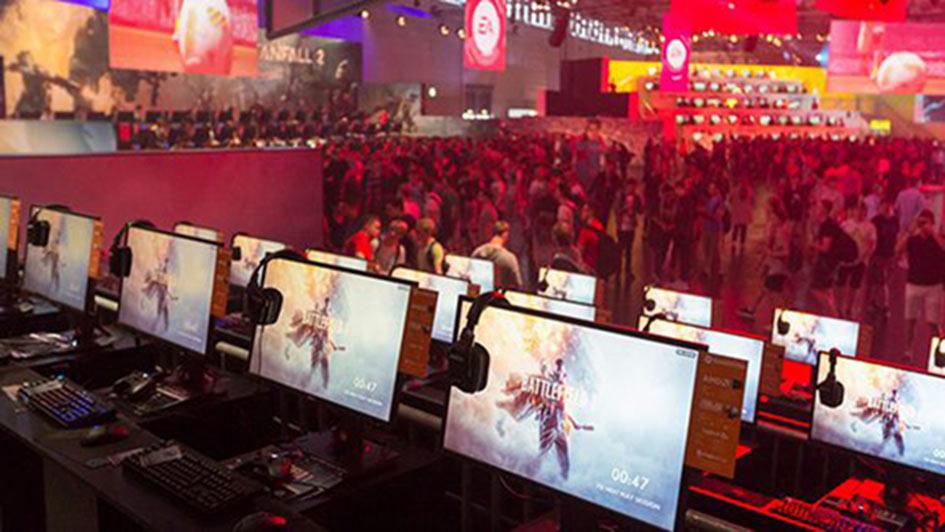 With Sinai Desert, the horses are playable for the first time. Can you tell us more about them?
At gamescom we introduce the Cavalry class. It allows players to ride a horse into battles doing fast charges with its speed and agility – it’s a complete warhorse.

Can you tell us what Behemoth will be available on Sinaï Desert? What is special with it?
The Behemoths can be the game changers here, if one team is falling behind the Armored train will roll in and support them. It is player controlled with up to six seats manning anti-air guns, close range weapons, but also long distance weapons that really help support their team. For the opposing team, it’s really about shifting focus to take out the Behemoth else the cause might be lost.

You’ve introduced the Elite classes in Battlefield 1. Can you tell us more about them?
Elite Classes are highly specialized soldiers with their strengths and weaknesses that can be picked up at key locations during a match. We have the Flame Trooper all dressed up in fire protective gear and carrying a powerful flamethrower, the Sentry in heavy armour with an impressive machine gun at his hip, and lastly we have the Tank Hunter which relies on distance and uses a big anti-vehicle rifle.

Lastly, for fans that can’t make it to gamescom this year, do you have any Battlefield 1 gameplay tips for them?
One common question has been asked here at the show is: how can I counter planes swooping down and attacking me, horses trampling me and finding myself being set on fire? My tip would be to hit the deck! Throw yourself on the ground. A pilot may miss you and crash into a building nearby, the horse might jump over and if you’re on fire crawl away to extinguish it.

The Battlefield 2042 Update 1.2 includes new bug fixes, balance changes and Quality of Life improvements, also the first map reworks, alongside the initial Style and Tone changes for some of the Specialists. As a re…

The Battlefield 2042 Update 1.1.0 is now out and focuses on things such as: New XP events (what a joke), Multiple vehicle balance changes, new playspaces and not much more... Another garbage update for a garbage game…

In Battlefield 2042 Ewelina Lis was born in Gdansk and got recruited into Poland's elite special force (GROM) at age 21. A true anti-vehicle expert, Committed and earnest, Lis is a defiant, honour-bound warrior who …

Well here comes the Battlefield 2042 4.1 Update.. Yes another update.. When are they going to realise this game is not fixable no matter how many updates they release as the game itself is garbage! The thing that is…